Marek Bemben Autor
czytane: 3920 razy
Obcojęzyczne > Angielski
Wiedza
Flying dragons on tin wings. Do you want to get to know them?

One of the smallest and the youngest national airlines in the world. Simultaneously it is one of the most exotic, like the country from which it is operating. Bhutan - a kingdom until not long ago closed and isolated from the world thrown into the Himalayas between China and India.

Gate number one
Druk Air has got its base in the only international airport in the country, near the city of Paro. Compared to the European airports the Paro International Airport (PBH) presents itself more than modest, and its size is comparable to the airport of Ostrava in the Czech Republic, or the Cluj airport in Romania.
The aerodrome is surrounded by wild mountains reaching up to 5000 m a.s.l., and in the nearest neighborhood rapidly flows the Pa-chu river. There is no doubt that the landing approach and departing demand great skills from the crew. Due to these circumstances each time the procedure called ”the landing approach with visibility” is activated. The height of the highest point in the ascent area is nearly 2500m.
A characteristic element of the airport is that there are buildings covered with green roofs, representing a typically Himalayan architecture. They remind more a complex of monasteries than an airport. The central element of the landscape is the passengers’ terminal of course. Let us say that its size can be imagined by the fact that inside there are only four check-in points, and passengers have only one gate.
From the only runway reaching less than 2 kilometers only the Druk Air airplanes can ascend (“druk” means the dragon, symbol of Bhutan). There is no foreign airline permitted to operate within the Kingdom. Much tourists are arriving from Geramny. Local bureaus are selling last minute to Bhutan.

Airlines without pilots
The Druk Air Royal Airlines started first minute operation on 5th April, 1981. The inauguration flight took place two years later. On 14th January a turboprop, tiny 18-seats Dornier 228-200 ascended into the air to land in the Indian city of Calcutta. Simultaneously the route to the capital of Bangladesh - Dhaka was opened. Such a large pause between creating the airline and the first flight can be explained by completing the crew and the service-staff, both in the planes and at the airport. While Druk Air in Bhutan was created there were no pilots, airplane mechanics and so on. The Kingdom was helped by the Indian government, delegating some engineers.
The airport itself also needed some modernization, as there had been only a helicopter landing place beforehand. By this time the port comprised only one building with a little, two-room
air-traffic control office on the first floor and the check-in room on the ground level. The lawn before the building served as…the departure lounge and the waiting room. The plane had its base in Calcutta, as there were no hangars in Bhutan, and mechanics from the Air India were responsible for the servicing of the planes.
According to some representatives of the airline a need of purchasing a bigger machine grew more and more indispensable, as the aviation was developing and the predicted number of passengers was increasing. The first jet came to Paro International Airport in November 1988. A middle-distance four-engine British Aerospace Bae 146 connected Bhutan with New Dehli in India, Bangkok in Thailand and Katmandu in Nepal. In the meantime Bhutan started its own pilot training courses, trying to become independent of Air India.

Only two Airbuses
The next important chapter in the Druk Air history and the Paro base is 2004. The world aviation began to develop rapidly. The decision-makers already knew that the modernization of the airline fleet of the only transporter in the country had to be performed very quickly. After some test-flights - landings and ascents from Paro airport - the Boeing offer was rejected. It was considered that with the conditions so hard, the solutions used in the Airbuses would be more proper. This way the Boeing 737 did not meet the Kingdom’s requirements. And just then the Kingdom commenced operating the Airbus A319-115. This was the most expensive and the biggest transaction in the history of this little Himalayan country.
Currently the airline is equipped with two above mentioned types of the Airbus bearing the registration numbers A5-RGF and A5-RGG. They are flying to six cities in five countries - Gaya, Calcutta and New Delhi in India, Dhaka in Bangladesh, Katmandu in Nepal and to the capital of Thailand. The two Bae jets are used only for some scenic flights over the Himalayas.
Bhutan government is going to expand the list of connections. It is considering possibilities of flying to Hong-Kong, Singapore and Dubai among others. However this involves developing the aerial fleet with next new machines. As for now no order for such a purchase
has been placed.

Good food
Basing on the opinions of the passengers - and each of foreign tourists has to use the national Bhutan transporter offer as there are no other flights to this country - it seems that the airline perform a superb standard of services. An example entry about the Druk Air placed in a portal, in which the passengers evaluate the airline: “Excellent crew, good food, aircraft clean and new”. The last phase of the flight to Paro is a unique experience. The plane descends over the Himalayan mountain chains and suddenly it drops suddenly into a valley, and just a moment later it already touches the runway. Most of the flights, thanks to the destinations, take place along the highest mountains in the world, which the Himalayas are. When the weather is good the passengers can sharply see the ever snow-capped pikes. If interested, one can admire the view of Mt. Everest or Kanchenjunga from the plane.
However it is not always so cheerful, as the Himalayas are an untamed element. And which is typical for the mountain areas, there are often extremely unfavorable weather conditions, thick cloud layer can effectively reduce the visibility. For that reason Druk Air airline relatively often cancel the flight from and to Paro port (there is no alternative airport in Bhutan). However this is all for the security reasons. What is interesting is that the flights take place only during daytime.
Druk Air closely cooperates with the Bangkok Airways. It has recently introduced an offer for the passengers to buy only one ticket and promotional tariffs if they are going to a destination which demands taking a change in the capital of Thailand. This way one can get for example into China, Japan, Maldives, Burma and into the Thailand. The direct destination ports are: Koh Samui, Chiangmai, Phuket, Shenzen, Guilin, Jinghong, Xi’an, Siagon, Phnom Penh, Siem Reap, Male, Yangon, Hiroshima and Fukuoka.
In 1990 Druk Air hosted less than 15 thousand passengers on its board, whereas in 2007 it amounted to almost 1,5 million.
As every self-respecting airline, Druk Air has its own large board magazine. It is called Tashi Delek. Each number treat mostly with the tourist attractions, the culture and history of the country. In one of the most recent issues we can find for example these calming words: “If you think we are flying too close to the mountain pikes, do not be alarmed. It is a normal procedure”. Until today, no Druk Air plane was ever crashed or had an accident.


Changes, changes
Construction of the second airport is now being considered in the Kingdom. It could enable easier and also more safe departing and landing procedures. As for now we only know that the new airport will be located in the south of the country.
In the nearest future the airline plans to perform a radical change in the pattern-designing of the uniforms for the board personnel. The stewardesses shall wear clothes consisting of a long traditional Bhutan skirt , so called kira, in the mixed colors of grey, beige and violet, and of a violet vest with a belt, of cotton and silk. According to some representatives of the airline, the new uniform is characterized by simple pattern-designing, and it was designed in such a way as to facilitate to move inside the plane. Simultaneously it refers to the Bhutan traditions. The whole project was selected from the total number of seven patterns.
The uniform is the piece of art of a Bhutan fashion designer.
And an interesting piece of news for the end - King Jigme Khesar Namgyel Wangchuck always uses the Druk Air airlines and he always travels abroad by cruise airplanes. 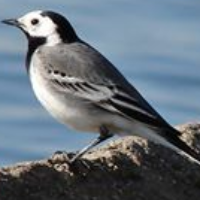