Karolina Lipińska
czytane: 3229 razy
Obcojęzyczne > Angielski
Only the largest companies have the resources and experience to surmount the obstacles of different markets. Many other businesses simply do not have the capacity to deal with all the variables in foreign jurisdictions without a partner organization. For this reason, many companies create an international joint venture (IJV).

The managers often express mixed feelings about the formal joint venture agreement, with some of them viewing it as a critical element in defining the longer-term relationship. A vast majority of managers believe that the agreement is an essential building block in structuring the joint venture.  For this reason,  it is very important to structure the international joint venture in three main steps.

It is substantial to select appropriate local advisors who will provide the future joint venture the knowledge to establish a new entity. They will provide the audit informing us not only about costs but also about savings and analyze the term of agreement to be signed. We should analyze the local legal context especially in developing countries, where specific laws on joint venture can be issued. In spite of the harmonization process of EU laws, the legal system may differ from country to country. We should not use the standard forms in structuring international joint venture.

Planning of the operation

a) checking the market conditions,

b) drawing a business plan,

d) choosing the most suitable legal and contractual technicalities,

e) evaluating the fiscal impact of the different solutions.

Finalizing the operation should mostly include three steps:

2. Preliminary agreements, such as: letter of intent, confidentiality agreements;

An international joint venture should begin with at least a sheet of terms, if not a letter of intent. It is vital that some document can be the foundation for assuring that the parties agree on all of the primary business and legal issues before a definitive agreement is drafted. Such agreements force the parties to understand their goals and objectives and allow the parties to determine early on whether the relationship is likely to succeed. It is evident that no agreement can work without the good will and dedication of both partners. Of course it is up to those undertaking the joint venture to decide how detailed the preliminary agreement will be.

The letter of intent binds the parties of the future international joint venture to negotiate the conclusion of the agreement in good faith. It identifies the general conditions of the agreement, allocates costs for the negotiations, disciplines the liabilities arising from the violation of the duty to negotiate in good faith, and provides penalties.  It also identifies the negotiators (those individuals allowed to have access to the confidential documentation), terms to be negotiated, and other regulations that are important from the point of view of two parties.

If the undertakings are interested in acquisition and consultations of the confidential documents, they usually decide to sign the confidentiality agreement so they can maintain confidentiality with all the information acquired. In the case where no agreement is reached, the parties are obliged to redeliver or destroy the copies.

The definitive agreement  contains many of the terms from the preliminary agreement (such as continued confidentiality and capital contributions), but with greater detail. In general, it will also contain additional negotiated provisions covering various operational activities through to termination of the joint venture. The definite agreement can include documents such as:

- a letter of intent,

- any other agreements required for operations of the joint venture, such as intellectual property sharing agreement, loan instruments, management agreements, leases, services agreements, or guarantees.

However, there are many essential matters that the master agreement should cover:

Management. Independent managers will be more likely to ensure that disputes are resolved and avoid termination of the IJV because they have stakes in the success of the venture;

Governance. Structure of the board of the joint venture entity should be composed of an odd number of directors. The partners should also allocate board-level decision-making authority on certain issues and agree on arbitration provisions;

Contributions of partners. It should set out in as much detail as possible the respective contributions of the parties, both tangible and intangible. Depending on tax consideration, it may be appropriate to specify values for contributions;

Allocation of risk and rewards. Dividend distributions, capital calls, and allocation of losses should be covered;

Dispute resolution. The definitive agreement should specify how the disputes will be resolved. Most partners prefer not to resolve them through litigation;

Governing law. Usually IJV's activity is governed by the laws of the jurisdiction in which the joint venture will be principally located;

Termination provisions. When and how the contract and joint venture terminate;

Governing language. Agreements are often written in two languages but one of the language version should prevail;

Intellectual property. It should be clearly delineated all rights to IP (ownership), technology, software, and the like. 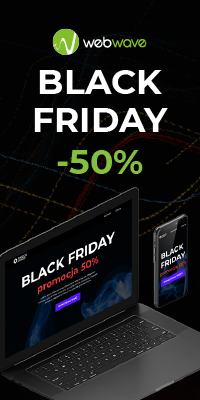 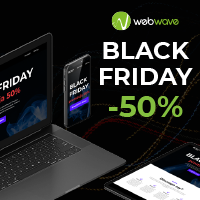