Amanda Artemis Autor
czytane: 2440 razy
Obcojęzyczne > Angielski
Wiedza
City of Monaco is located, on the rock 200 meters above the sea level. It’s a natural fortress. There is a beautiful bay view from the top of this rock. Monaco climate is one of the bests form all over the Europe and there is plenty of olive, orange and lemon trees.

In the year of 1500 before the Christ, land where actually Monaco is located was owned by the Phoenicians nation. The name of Monaco probably originate from Phoenicians SUN GOD “Menouack” but other historians speculate that Monaco name originate from Latin word “Monachus” which means monk. Ancient Greeks called that area Port of Hercules.

In medieval this area comes from hand to hand, form Phoenicians to Greeks, Romans, Saracens. Finally after years of war, the first Prince of Monaco, become a member of Grimaldi family. It was a royal family, which descendants rule this area for present day.

Monaco is one of the smallest countries in the world, so it has always been very carefully with their much bigger and powerfully neighbours . To survive Monaco had to enter into different alliances. For example in the year of 1529 Monaco conclude a treaty with Spain and become Spanish protectorate. Spaniards maintained security and order. That was until the year of 1641 when prince Honore the third, has concluded secretly the treaty with Cardinal Richelieu. That treaty guaranteed independence of Monaco and friendship with France.

Everything has change after outbreak of French revolution. In 1791 Honore III was arrested for 9 months. During his presents in prison his health deteriorate badly and in two years time after his releasing he passed away in his house in Paris.  Many members of royal family were imprisoned and Honore III second son wife was decapitated on guillotine. The name of Monaco was changed on Fort Hercules and united with France.  Only on the strength of the Paris treaty in 1814 Monaco retrieved its status and independence and military protection from France.

In the year of 1841 prince Charles III become the ruler of the Monaco. He started transforming Monaco into a world famous capital of hazard and casinos.

In 1850 royal family has almost bankrupted. Two Monaco cities Mentone and Rocquebrunne  firstly declared themselves as a free cities and then were united with France. These cities were the biggest tax payers in Monaco so that was the most important reason of Monaco’s budget problems. Prince Charles III had to quick find another revenues source, so he did. He decided to transform Monaco into watering place with casino and gambling background.

In 1856 he gave a first concession to built water health resort and german-style casinos (kasyna). First attempts failed due to different problems. Properties come from hand to hand. In 1863 were finally bought by brothers Francois and Louis Blanc. Obviously they are the fathers of Monaco success, as the one of the world biggest casino and gambling centers.

Brothers Blanc were ideal people for this job, because they were casino operators from Hamburg.   They have ordered many of changes and improvements that were indispensable to lure tourist and gambling players to Monaco. Firstly they have changed the casino décor and built railway connecting Monaco from other coastal cities. New hotels and villas for rich players were built. Blanc also proposed to change name of place where casino was situated from Les Spelugues which means in French: “den of thieves” on Monte Carlo (Mount Charles).

Railway was opened in 1868, after that, lots of tourists and gamblers from all over the Europe visited Monte Carlo. Profits from casino revenues were so huge that prince Charles III was able to abolish all taxation on Monaco’s citizens. Since that year city has started to develop very fast. Monte Carlo became a favorite place and a real gambling “Eldorado” for thousands of players, aristocracy, members of royal families, self-made millionaires and great artists from all over the world. 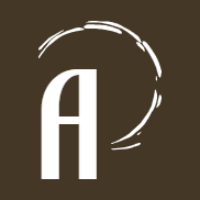